With digitalization transforming business models, and processes, the banks are facing a pivotal moment.

Besides, highly competitive and volatile markets are enforcing all banks to increase the supply of money and focus more on investing in advanced technologies to survive in this erratic era.

Whether it is a privately held or public sector bank, the top-rated list of commercial banks in India is thriving in today’s dynamic environment by transitioning from delivering financial services to aid financial assistance. However, some commercial banks are failing and are in huge losses, including the Central bank of India, Indian Bank, and Punjab & Sind Bank.

Top commercial banks in India that we are going to talk about in this article are focusing on several priority areas that are imperative to succeed today and in the future:

How many Commercial Banks are There in India?

In India, commercial banks are classified into three categories including:

Is SBI a Commercial Bank?

SBI is one of the most reputed banks in India, which the Indian Government nationalized in 1955. This bank provides extensive banking products through its thousands of branches in India and foreign countries.

Yes, SBI comes in the category of a commercial bank as it is a state-owned commercial bank and operates as a financial services company. To be precise, it is an Indian multinational and public sector bank headquartered in Mumbai, Maharashtra. SBI has numerous branches not only in India but 36 other countries as well.

This list of commercial banks in India is made after proper research. There are 48 commercial banks in which 27 are classified as public sector banks, 19 are categorized under nationalized banks, and 2 banks are termed under ‘Other Public Sector Banks.’

Listing all the banks in this guide would not have been appropriate. Thus, this page will enlighten you about the top commercial banks in India that are mentioned below:

The enormous bank has more than 24000 branches all over India and was ranked 232nd on the Fortune Global 500 list of the world’s biggest corporations. It is merged with other associate banks, including:

SBI has a vast workforce of more than 2 lakh employees. The estimated net profit of this bank was calculated at 144 billion Indian rupees during the financial year 2020. Furthermore, it recently joined the list of top 50 banks in terms of asset distribution.

The Indian Government holds a share of 61.23% of this bank.

HDFC is headquartered in Mumbai; Maharashtra is the largest private-sector commercial bank in India. The bank boasts more than 5000 branches spread across the country and a few branches overseas. All the branches are linked on an online real-time basis.

This bank was incorporated in August 1994 after the RBI allowed establishing private banks. A renowned housing finance company, Housing Development Finance Corporation, promoted the HDFC bank and helped increase its customer base.

HDFC is well-known for its astounding customer support, innovative products, and exclusive offers to its customers. The bank was also awarded by FinanceAsia magazine for holding the position of the best bank in India in 2019. In addition, it has created extensive employment opportunities within the country by employing more than 1 lakh employees.

ICICI (Industrial Credit and Investment Corporation of India) is the leading name in the Indian banking sector. The list of commercial banks in India is incomplete without mentioning this impeccable bank.

At Present, the bank boasts 5000+ branches and 15000+ ATMs all over India. In addition, the bank branches are also spread overseas in 17 countries. The annual revenue of ICICI is more than 1,00,000 crores.

The consolidated total assets stood at Rs. 14 trillion for the year 2020. It is headquartered in Mumbai while having a registered office in Vadodara, Gujarat.

Axis bank stands under the top commercial banks in India because of its excellent financial services and fascinating interest rates on public deposits.

Axis bank employs more than 55000 employees. While the total asset worth Rs. 9.28 trillion of this bank has contributed immense wealth to our country. 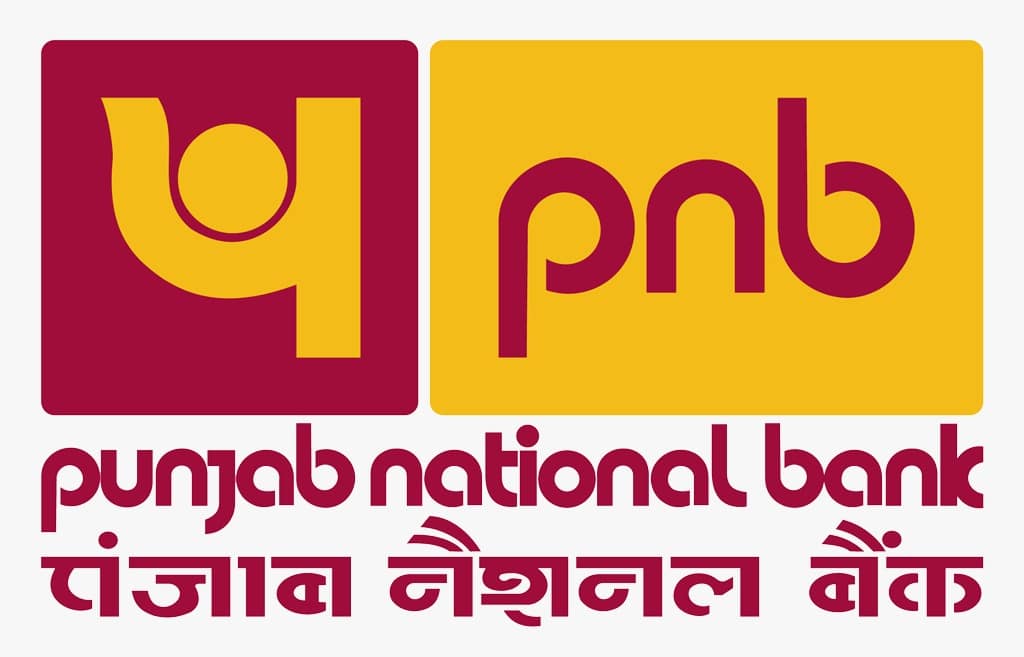 PNB is also one of the oldest banks in India, which started its operations in 1894. After SBI, it is the second-largest bank owned by the Government of India. Since then, it has created a vast user base of more than 170 million customers served through 10000 plus branches and 13000+ ATMs.

The total asset of PNB is worth more than 8 trillion INR, and the total revenue was calculated as more than Rs. 63074.16 crores as of March 2020.

PNB bank is extensively catering to all the requirements of NRI’s, Importers, and Exporters by providing all types of banking services.

Kotak Mahindra Bank is the fourth largest private sector bank in India as per the market capitalization. The bank was founded and established in 1985, which is now operating a network of more than 1600 branches across various cities of India.

The total number of ATMs of the bank was 2573 as of December 2020. Besides, Kotak Mahindra has significantly increased its total assets to 4.43 trillion INR, that too over a short period of time.

Unlike other banks, Kotak Mahindra offers a digital savings bank account with zero maintenance fees. You can apply for this account online and reap unlimited benefits.

Canara Bank is one of the largest public-sector commercial banks in India. The bank was founded in the year 1906 and has employed more than 80000 employees as of 30th January 2021.

The bank’s total assets were calculated to be 7.12 trillion INR. The bank is making money from its 6300 branches that are spread across various cities in the country. Along with this, the bank is operating more than 8800 ATMs.

In addition, the merger of Syndicate bank with Canara bank was approved by the Union Cabinet on 4th March 2020. This amalgamation led this bank to become the fourth largest state-owned bank by assets.

The bank also offers a wide range of services to all its customers, such as Personal Banking, Corporate Banking, Priority and SME credit, NRI Banking, etc.  All these pivotal functions led this bank to enter the top-rated list of commercial banks in India.

IndusInd Bank was founded and established in 1994 by Hinduja Group. The market capitalization of Axis bank was calculated at Rs. 50,000 crores. The business comes from a network of more than 1600 branches spread all across the country.

IndusInd bank has a large footprint of more than 2500 ATMs in the whole country as of March 2020.

One of the leading commercial banks in India that recently merged with Dena Bank, and Vijaya Bank, forming the third-largest bank of our country.

Bank of Baroda is spread all across the nation and operating from more than 9500 branches. Moreover, the bank is paying salaries to more than 85000 personnel, making it the second-largest bank in India by market capitalization.

The bank was founded in 1908 and is headquartered in Vadodara, Gujarat. Bank of Baroda was also ranked 1145th on the Forbes Global 2000 list.

The total assets of the nationalized government bank of India are valued at Rs. 12 trillion.

IDBI Bank was established in 1964 and is headquartered in Mumbai, Maharashtra. The bank’s operations were enacted by an act of parliament to provide credit.

IDBI is owned by the Central Government and is termed the 10th largest development bank globally. The gigantic bank manages its operations from more than 1900 branches (including one overseas branch in Dubai) and 3600+ ATMs and CRMs as of 31st March 2021.

The total assets of the IDBI are to the tune of Rs. 3.74 trillion, and employing around 18000 employees in India.

It is an Indian private sector bank founded by Ashok Kapur and Rana Kapur in 2004. The bank is headquartered in Mumbai having 3 subsidiaries-

At Present, the bank is giving salaries to more than 18000 employees working in their domestic branches, which is estimated to be around 1000. The bank is providing cash withdrawal facilities from over its 1800 ATMs spread across different cities.

Union Bank of India strives to expand its number of branches in India alongside building a superior quality branch banking network.

Union bank arranges exquisite services for NRI customers, including Speed Cash and Speed Remittance, deposits and portfolio services, Corp Quick Remit, and loans of different types. The bank’s amalgamation with Corporation bank and Andhra bank came into effect from 1st April 2020, making it one of the top commercial banks in India.

The bank’s total assets were valued at Rs. 5.56 trillion as in 2020. The annual revenue comes from over 9500 branches that are spread all across India. More than 120 million customers are availing of Union bank’s services.

With 1900 + branches in India, the Bank of Maharashtra has employed more than 13000 employees.

One of the largest sector public banks has around 15 million customers as of March 2021 that are happy with their services.

The annual revenue of the bank crossed over Rs. 26.6 trillion last year in 2020.

Indian Overseas Bank is a commercial bank owned by the Government of India under the Department of Ministry of Finance, providing impeccable customer services, especially on all salaries accounts. The best part about IOB’s is that it allows users to open a zero balance salary account without any hidden charges and needs less paperwork than other banks’ salary accounts.

The bank is managing more than 3400 branches in India and six branches overseas. The total assets of IOB are valued at Rs. 2.61 trillion as of March 2020.

Started its operations in 1906, the Bank of India is known as one of the finest commercial banks in India.

BOI has an extensive network of more than 5000 branches all across India, with more than 49000 employees as of March 2021. All the branches are controlled through 8 NBG offices and 55 Zonal offices.

The annual revenue of BOI is valued at Rs. 462 billion.

Significance of Commercial Banks In Our Economy

Commercial banks play a vital role in the expansion of the market. Moreover, it also helps in forming a robust economic structure to widen the scope of trading and enhance the standard of living in a country.

Commercial banks accept the public deposits in the modern economic world and lend them to other people, businesses, traders, and manufacturers. Thus, it states these banks must create new capital, further helping in the overall growth process.

Top Commercial Banks in India spread across the country allowed the industrial and agricultural sector to boom.

All nationalized commercial banks in India offer 4 types of credit to their customers, which includes:

A bank loan is a fixed amount granted by the bank to a customer for a fixed duration at a specific rate of interest.

Cash Credit is a facility provided by the bank to its clients. In other words, it is considered a short-term loan that enables a company or an individual to withdraw funds exceeding their account limit.

This function allows the current account holders to borrow a set amount of money even when there are no funds in the borrower’s account. It is the quickest means of short-term financing one can avail.

This process is also called ‘Invoice Discounting,’ in which the bank settles the bill of exchange before the maturity date. The major benefit of this facility is that the bank pays a value less than the face value.

If you are looking to work at a commercial bank and seeing it as an employment option, it is still a great way to make your career secure while earning a comfortable salary.

While the commercial banking customers are small businesses, companies, or organizations, the investment banking customers range from large companies, hedge funds, pension funds, and other financial institutions. Thus, the requirements of funds solely depend on the scale of your business and current economic status.